Prothesengott is a prototype that shifts between animate and inanimate states of being according to the presence or absence of other animate things within its socio-technologically defined perimeter. It is the first version of a technological system, recursive in terms of its actual capabilities and open-ended in terms of its future potentialities.

By utilizing an invisible microwave sensor and an embedded vibrational motor, Prothesengott operates as a proof-of-principle prototype of a future technology. In its immediate appearance it is a reactive technology, a prosthetic device with an eerie alien hand syndrome, whose modality is defined on the principle of getting animated by detecting its subjects in motion and under its radar: a dismembered hand of a sentinel or a prosthetic tool for a cyborg to be.

Taking its name from Sigmund Freud and his discussion on the limited nature of the human being, always situated within particular material conditions, Prothesengott revisits the issue of ''the prosthesis'' which was taken up by various philosophers, media theorists, artists and science studies scholars of the 20th century. According to such scholars, the physical boundary which set the internal/external attributions of the human bodies gets blurred as these bodies' capacities are enhanced or diminished via their (dis)articulations with (or from) certain infrastructures, tools or techniques; in other words, a varied set of prosthetic devices.

Prothesengott reconfigures ''the physicality of media extensions'' by setting up a stage where the sheer presence of human bodies enables a technological system to manifest itself to its spectators without giving away the basic mechanics of such manifestation. The microwave sensor concealed within its apparatus detects the body motions around it and gets animated. It takes a while for us to understand that we ''touch'' microwaves radiated from Prothesengott. A particular kind of haptic technology gets deployed via prosthetic means invisible to the naked human eye.

This prototype bears its analytical power within its minimalist and open-ended design in terms of sociotechnical imaginaries and future narratives which we can derive from it. What techno-scientific and social orders have been and will be co-produced as concrete effects of interactions between technological artefacts and humans? In addition to its physically bounded setup and immediate interplay between bodies and its apparatus, Prothesengott symbolizes the wide range of indeterminate relations between humans and technological systems. Putting an emphasis on the indeterminate nature of relationality between humans and technological systems should not be interpreted as a denial of the fact that there is a technical design process behind the social construction of Prothesengott. The way this prototype works enchants, awes or maybe frightens its spectators who become part of its technological manifestation and deconstructing it -as we do it in this text- has a clear disenchanting effect.

This effect of disenchantment paves the way for asking further questions such as: What other technological systems get animated or put into dormant phase by the social, technological and ecological forces of our contemporary world? Given such interactions' complexities, to what degree and for what purposes rendering these indeterminate relations between humans and technological systems visible for social attestation matters? Freud calls modern humans as ''prosthetic Gods'' and he reflects on their discontents about the civilization they built and/or resisted to. Almost a century after Freud wrote this text, we deal with another set of uneasy questions that cutting-edge technologies of our times bring onto surface -via entangled applications of synthetic biology, robotics, neuroscience and applied physics- either in realistic or speculative terms. It is anticipated that these technological systems will generate their own discontents in the near future. These questions remind us that the deity-like characteristics of Prothesengott are based on certain cultural ideals and modern techniques envisioned by them. Factors of indetermination of the unanticipated consequences of new technologies should not downplay the importance of the question of ''the social.'' Prototypes such as Prothesengott carve out a platform of discussion about social, cultural, political, economic and ethical implications of new technologies. Its minimalist and open-ended design provides us multiple venues for imagining future generations who do not worship the technological systems they take a major part to give shape, modify and if necessary, resist to. 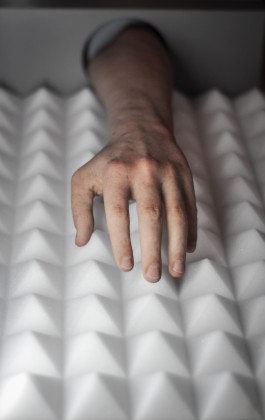 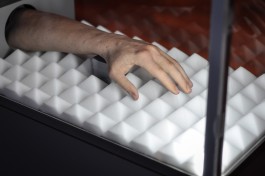 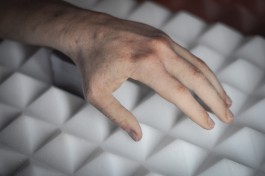